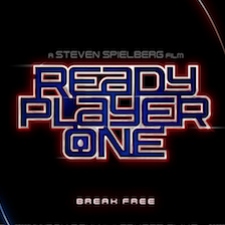 Just days after we had our first look at a frame from VR-inspired movie, Ready Player One, now we have the first trailer as revealed at this year’s San Diego Comic Con.

Directed by Steven Spielberg, the film is based on Ernest Cline’s smash hit 2011 novel of the same name. Starring Tye Sheridan as the protagonist Wade Watts – otherwise known as Parzival, the story features a group of young friends searching a persistent VR universe for clues in a quest through worlds packed with 80s nostalgia.

The film is scheduled to release 30 March next year.