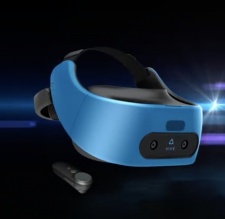 Vive’s new headset, the Vive Focus, has successfully acquired an order of 250,000 units for a total value of $150 million.

Originally reported by VRrOOm, China Regional President of VR for HTC, Alvin Wang-Graylin said, “Vive Focus wins standalone VR market share leader for 12/12 sales festival and gets a new 1 billion RMB ($150 million) order!". The site speculates that the order may have been placed by the Chinese government.

Only available in China, HTC has yet to reveal its plans for the hardware in the West.