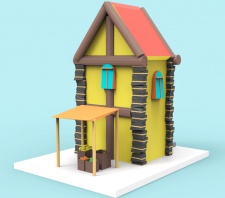 Google has released a free object modelling app for VR called Blocks. As an accessible way to create objects, the new software enables users to build 3D objects in 3D space in VR, instead of on a 2D screen.

Designed to feel more like playing with children’s blocks than working with traditional 3D modelling software, Blocks is intended to be simple enough for anyone to use, even without any modelling experience.

Using a simple set of shapes, a colour palette, and an intuitive set of tools, creations can be exported as an OBJ to use in AR or VR apps, share online or generate an animated gif.

You can see what other users are creating here.

Blocks is available now, free on the Oculus Store and Steam.