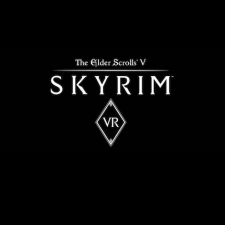 If you know any of the naysayers that lament the lack of full-length games for PS VR, then tell them to put this 80+ hour fantasy epic in their pipe and smoke it.

Bethesda used Sony’s pre-E3 event to announce that the fifth Elder Scrolls game will be released on PS VR this November. And because the core game of Skyrim isn’t already huge enough for VR, the Maryland studio is including all three DLCs for its VR release; Dawnguard, Hearthfire, and Dragonborn.

We don't know why Bethesda chose to omit this announcement from yesterday's Bethesdaland presentation - where they showed Fallout 4 VR and Doom VFR - but they must have been laughing up their sleeves at the internet denizens who were vocal about their disappointment with the content.

There was no mention of platforms other than PS VR - this was a Sony event after all - but neither was the word ‘exclusive’ used, so we expect to be able to don the Vive or Rift Helms of Virt at some point.