Six Of The Best: 18th December 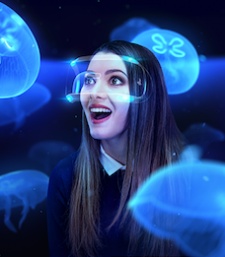 Welcome to your Monday morning briefing of the most read stories on TheVirtualReport.biz:

The most secretive company in XR hints it could be about to break its silence...

With Star Wars: The Last Jedi, releasing in cinemas this week, we look at the franchise’s appearances in VR and AR and ask whether these are the apps you’re looking for to bring XR to mainstream audiences.

3) The Magic Of VR: Pulling Rabbits Out Of Hats

Hatrabbit Entertainment's co-founders talk to us about being pioneers, escapists and dreamers, and the importance of finding out fast what the public enjoys.

All the PlayStation VR news, announcements and reveals from this weekend’s Californian event.

We speak to Fibrum’s founder about the company’s ambitions to bring emotions to people in Virtual Reality that they may be lacking in everyday life.