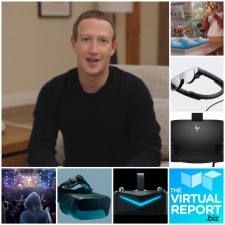 1) VR 3.0 at 12K is a thing, according to Pimax's Reality Series announcement

2) Interview: Varjo on why now is the right time for consumer human eye resolution VR

"We're the only ones that have the balls to put it out!"

These all-time, all-star stories are some of the most popular articles from our archives: