Six Of The Best: 23rd October 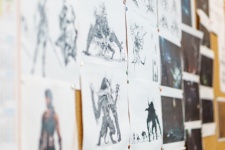 The top six trending stories of the past week:

From how to make VR mainstream to self-styled avatars and designing for presence, this series of videos features thought leaders from Black Cell, and Game Futures.

4) The Future Of Immersive Computing

Oculus’ Chief Scientist says, 'VR is the next platform, but even the industry might not fully understand, “How big it’s going to be".

5) Zuckerberg: In Defence Of VR

Facebook CEO pledges, “VR will change the way we see the world and it will make all our lives better”.

From how to create hit VR games, current and future trends to securing investment, this series of videos features thought leaders from Resolution Games, The Venture Reality Fund, gumi, FIVR, Immersal and Google.

Six Of The Best: 11th September