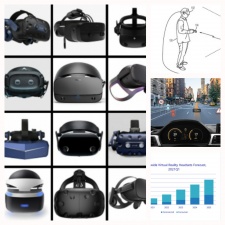 Start your week with a Monday morning briefing of the most read articles from the global VR, AR and MR industry on TheVirtualReport.biz in the last seven days:

2) Augmented reality for any pair of glasses

New Sony patent intrigues and beguiles us in equal measures

5) VR development cuts the cord and heads to the cloud