Six Of The Best: 9th October 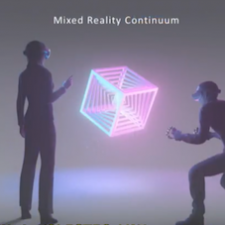 Welcome to your Monday morning briefing of the most read stories on TheVirtualReport.biz:

2) Is This What Samsung’s Next VR Headset Looks Like? [UPDATE: Yes it is]

The search company’s live presentation expanded on its first generation of hardware and looked forwards to more AI, AR and VR.

Round-up: two days of talks and panels at the Russian developer conference.

Alex Kipman demonstrates the company’s Mixed Reality offering two weeks before it goes on sale to the general public.