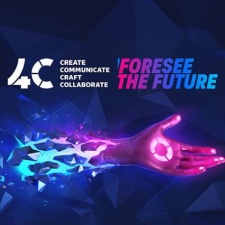 For two days last week, game creators from around the world visited the picturesque city of St Petersburg in Russia for the 4C conference. This is the second year that the event, backed by Wargaming.net and WGDF, has taken place. It attracted around 1,000 delegates.

4C, of course, sounds like 'foresee' - and that was the theme of the event as there was plenty of future-gazing taking place. In reality, it stands for 'Create, Communicate, Craft, Collaborate' and there were five auditoria, each with a full programme of hourly talks.

The Virtual Report was there, and here are our highlights...

Caught On The Web: VR Roundup

Thank you a lot for making an article about the Teslasuit. While presenting at 4C, I made a mistake in our site address, so right one is teslasuit.io

Will be thankful, if you edit current link :)
Posted 4 years, 3 months ago