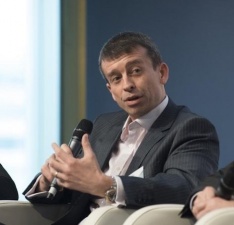 “We see huge opportunity in VR - not just in gaming,” Intel Sales Director, Steve Shakespeare, told Alex Calvin. He forecast that the total VR market will be worth in the region of $37b by 2020 and $53b by 2025 and for the company’s role in that growth Intel expects, “PC to be a huge driver”.

Building towards that goal, the hardware manufacturer is, “Working with the software industry [HTC, Oculus and Microsoft], so they can optimise games to run on our platforms,” as Shakespeare referred to the eighth-generation Coffee Lake CPUs that launched this month. “In order to have a really smooth gaming experience with VR, you need to be running at over 90 frames per second. To get that kind of performance, you need a high-performance CPU… Coffee Lake-S just starts to enable that really, really really well.”

Shakespeare told us that from now Intel intends to produce, “An annual cadence of innovation,” with the company remaining innovative every year; adding that “VR, obviously, is a huge opportunity and we're certainly out there.”

Intel, in collaboration with ESL and Oculus, announced the ‘first’ VR eSports league, The VR Challenger League at this year’s E3.  When asked whether he thought VR eSports may seem like a niche within a niche, Shaseksepare replied, “I'm not sure I'd call eSports a 'niche' anymore, with nearly 400m people playing it worldwide… Maybe it's a niche within a big niche at the moment.”

Featuring The Unspoken and Echo Arena, Shakespeare said that this new league was created because, “We have seen that there's an interest from the eSports arena in VR games… We're really using it to stimulate an interest in this and to sort of test what people want… So far, we're seeing a great deal of interest.”

Bearing out Shakespeare’s words that Intel is eyeing opportunities outside of gaming, beyond its all-new VRSports league, Intel has already demonstrated its commitment to XR with acquisitions in sectors such as computer vision and hosting live sports streams in VR.

Until recently, Intel had also been developing its own standalone VR headset under the name Project Alloy, but halted research work last month, citing a lack of partner interest in the hardware.

Despite this cancellation, Intel continues to place great value on the VR market and as 2018 approaches Shakespeare observed that, “We really think that we're at an inflection point where this market continues to grow.”

And what of the future? What of that $53b market in 2025? “VR is going to come and permeate many, many aspects of our lives and of business in the years to come… we're right at the start of the VR chapter.”