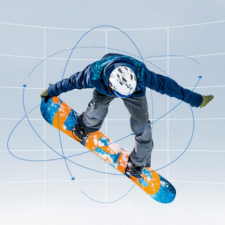 Intel announced at CES that it will power the largest scale Virtual Reality event to date with the Olympic Winter Games PyeongChang 2018 using its True VR technology.

Working with the Olympic Broadcast Services (OBS), they will capture a record 30 Olympic events, with both live and video on-demand content available. This marks the first-ever live Virtual Reality broadcast of the Olympic Winter Games.

As the Official Virtual Reality Experience Provider of the Olympic Games through 2024, the service will be available in the US via the forthcoming NBC Sports VR app and globally through 10 Olympics Rights Holding Broadcaster channels around the world, including CBC (Canada), Radio Canada (Canada), Discovery (Europe), NHK (Japan), ZDF (Germany), SBS (Korea), CCTV (China), NBC (U.S.), AMX (Latin America), and OCS (global).