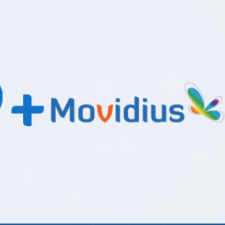 Intel has announced that it is buying Movidius, whose computer vision processors are used in virtual reality devices. Its Myriad 2 chip is the size of a fingernail and can interpret multiple simultaneous video streams.

The company has grown to 180 employees in eight years, working with Lenovo, DJI and Google. Josh Walden, senior VP of Intel’s new technology group, said, “We will look to deploy the technology across augmented, virtual and merged reality.”

It sounds like Intel hopes to use these low power, high performance chips in a small form factor as Walden observes they will, “Open up opportunities in areas where heat, battery life and form factors are key.”

No price has been announced for the deal, which is expected to close later this year.