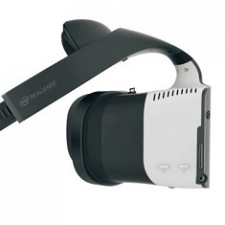 Tech giant Intel has abandoned its all-in-one Virtual Reality ‘Project Alloy’ hardware, having only announced it in August 2016.

The headset was designed to be released to Intel’s partners as a platform with open API; but, in a statement issued to Road to VR, Intel said it had, “Made the decision to wind down its Project Alloy reference design, however we will continue to invest in the development of technologies to power next-generation AR/VR experiences.

"This includes: Movidius for visual processing, RealSense depth sensing and six degrees of freedom (6DoF) solutions, and other enabling technologies including Intel WiGig, Thunderbolt, and Optane”.

Intel reportedly cited a lack of partner interest in the headset as the main reason for this change of approach. The statement seems rather sudden in light of some of Intel’s previous and fairly recent announcements. In January this year, at the Consumer Electronics Show (CES), the company’s CEO, Brian Krzanich, had announced, “We’re planning to productise Project Alloy by Q4 of 2017.”

Not Cutting The Cord After All

Project Alloy was designed as a standalone headset, with the computing power stored in the headset itself, rather than it being connected to a computer by cables. “The future of virtual reality must ‘cut the VR cord’ allowing the user to operate freely, immersed within the experience.” wrote Achin Bhowmik, Intel’s director of perceptual computing technology and solutions, in an editorial on 31st May 2017.

While the sentiment may still ring true to some, Project Alloy will not be the device to see this carried forward.