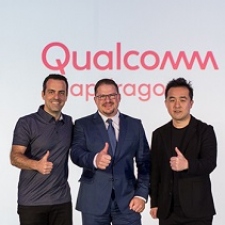 Oculus shared details about its partnerships with Xiaomi and Qualcomm Technologies at CES, intended to deliver the next generation of VR products at accessible prices worldwide.

Oculus announced it is working with Xiaomi as hardware partner for the global launch of Oculus Go, which will be joined by the Mi VR Standalone - a VR headset exclusively for the Chinese market.

Oculus Go and Mi VR Standalone share the same core hardware features and design, powered by the Qualcomm Snapdragon 821 Mobile VR Platform. Both headsets support the Oculus Mobile SDK, enabling existing Oculus developers to easily bring their content to the Mi VR platform in China. Xiaomi is working directly with Oculus developers to localise some of the most popular content from the Oculus Store and bring it to the Mi VR Store in China.

The Sweet Spot Between Mobile And PC VR

Hugo Barra, VP of VR at Facebook said, “The standalone VR form factor represents the next significant phase of VR hardware development at Oculus. Through our partnership with Xiaomi, both Oculus Go and Mi VR Standalone represent our first step in delivering that sweet spot between mobile and PC VR. These devices will be, hands down, the easiest way to get into VR.”

Tang Mu, VP of Mi Ecosystem and head of Mi Lab said, “We are excited to work with Oculus on these standalone devices that exceed expectations in terms of performance at a very attractive price.

“Xiaomi has always relentlessly pursued the best user experience and price-to-performance ratio. For the best experience, we consider every minute detail. Through our collaboration with Oculus, we have integrated world-class technologies and craftsmanship to produce a VR standalone that lets people immerse themselves in another world without being connected to smartphones or computers.”