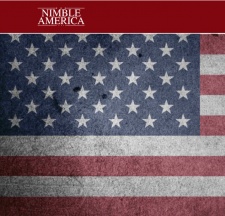 Palmer Luckey, 24-year-old co-founder of Oculus, has spent $10,000 of his $700 million personal fortune supporting a programme of ‘shitposting’ in support of Donald Trump’s presidential campaign.

Oculus released their Rift VR headset to retail in the UK, Europe and Canada last week, but just days later developers are threatening to cancel Rift support in the wake of Luckey’s involvement with Nimble America. The group, which lists Luckey as Vice President, has taken the online concept of ‘shitposting’ from reddit, forums and chat boards and brought it into the real world. The term refers to any post in an online conversation that contributes nothing to the discussion.

In their highest profile activity, the group paid for advertising space on a digital billboard in Pittsburgh, USA showing a caricature of Hilary Clinton with the words “Too big to jail.”

The group describes itself as a ‘social welfare 501(c)4 non-profit’ organization, but its reddit memes have outraged a large number of people, drawing accusations of racism and sexism. Nimble America has said online that it proved, “Shitposting is powerful and meme magic is real... We believe that America has been lead [sic] by poor leaders who have abandoned American principles and sold out all Americans."

Luckey is reported to have told the Daily Beast, “I came into touch with them over Facebook. It went along the lines of ‘Hey, I have a bunch of money. I would love to see more of this stuff.’ I thought it sounded like a real jolly good time.”

Luckey apologised for his involvement on Facebook opening with, “I am deeply sorry that my actions are negatively impacting the perception of Oculus and its partners.” His apology closes with, “My actions were my own and do not represent Oculus. I’m sorry for the impact my actions are having on the community.”

In his apology, Luckey also said that, “I did not write the "NimbleRichMan" posts,” something that Gideon Resnick, the Daily Beast reporter who first broke the story, is quick to refute. Resnick shared an e-mail where Luckey says that the account, "represents me". Whether Luckey actually wrote the posts himself, or allowed another individual to do so on his behalf, the account has now been deleted.

What Does Occulus Think?

Fellow Oculus co-founder Brendan Iribe issued a statement on Facebook saying, “I know that Palmer is deeply sorry for the impact this situation is having on the company, our partners and the industry.” Iribe goes on to explain that, “Everyone at Oculus is free to support the issues or causes that matter to them, whether or not we agree with those views.” Of course, he’s also quick to remind us that, “Palmer acted independently in a personal capacity, and was in no way representing the company.”

Head of Content for Oculus, Jason Rubin, also took to Facebook to support Luckey saying, “I take him at his word.” Clearly addressing the accusations of prejudice, Rubin then adds that, “I would not work in a place that condoned, or spread hate... Games and VR have the potential to bring people together... Oculus can make the world a better place.”

Following closely behind the admission of Luckey’s involvement in the ‘shitposting’ of Nimble America, there’s an ensuing storm of developers condemning Luckey, dropping Oculus support from their forthcoming titles and even calling for Luckey’s resignation.

Polytron, the company behind Fez and Superhypercube, has issued a statement to say, "In a political climate as fragile and horrifying as this one, we cannot tacitly endorse these actions by supporting Luckey or his platform... we will not be pursuing Oculus support for our upcoming VR release, Superhypercube.”

Asylum developer Agustín Cordes has now pledged to focus on the Vive platform. In an email to gaming site Kotaku, Cordes wrote, "It’s a matter of principles. I won’t do anything that increases the wealth of a company which in turn would increase the wealth of a tech leader promoting racism."

Tomorrow Today Labs tweeted that Luckey’s, “Actions are unacceptable.” The tweet also withdraws support for their forthcoming game saying, “NewtonVR will not be supporting the Oculus Touch as long as he is employed there.”

Scruta Games were even more direct in their call for Luckey’s resignation when they tweeted, “Until ‪@PalmerLuckey steps down from his position at ‪@oculus, we will be cancelling Oculus support for our games.”

Luckey has already said in his apology on Facebook that, “I don’t have any plans to donate beyond what I have already given to Nimble America.” But will this be enough to placate the people who have been offended by the group’s activities? Somehow, we suspect Luckey isn’t having ‘a real jolly good time’ any more...