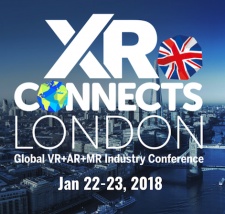 With XR Connects London just days away, we look at the conference schedule featuring more than 50 world-class VR, AR and MR speakers. With 38 sessions throughout two packed days, covering everything from start-up survival to eSports, artificial intelligence and blockchain, where do you start?

We’ve handpicked our highlights from the schedule to bring you what we think will be the don’t miss moments at XR Connects London 2018.

Access to every one of these sessions - as well as those in Pocket Gamer Connects and PC Connects - is included in the cost of your ticket.