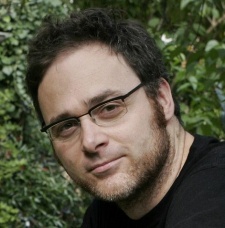 Jan Wagner, Co-Founder at Black Cell, is one of 50 world-class VR, AR and MR speakers appearing at XR Connects London on the 22nd and 23rd January. To hear him speak in person, book your ticket now!

A: I co-design and produce VR titles for Black Cell – most recently for StarVR and Imax Arcades. I also co-create board games (so I keep a grip on reality) and dabble in messenger platform gaming.

A: The greatest thing about it is that we have not reached our potential by far. There is so much to learn, so much new thinking to do as opposed to the established and saturated mobile or console/PC game development. It feels like a new creative frontier we can push.

A: The growth has been slower than anticipated by many, so we entered into a negative expectation curve. But the valley of disappointment was a necessary step to get realistic about the current progress of the medium.

A: I think last year’s trend will continue – we will see developers dropping VR and running for AR and MR with the same inflated hopes for the medium and we will see many poorly conceived AR apps appearing amongst a few shiny prototypes. But I also think we will as an industry learn more about the vocabulary of AR and VR and consolidate the quality of things we can put out.

A: It will be great to share experiences with other developers – there is still so much to learn from everyone doing this, that it is always an inspiration to learn how others are approaching the technical and creative obstacles we all share!

Don’t miss your chance to hear Wagner share his insights on the future of VR beyond the spectacle of immersion and the technology itself, and how the XR industry may need to change the way it thinks about VR. Wagner’s XR Connects London session is at 10:20 on Monday 22nd January. Book your ticket now!

Wagner started out in the industry 30 years ago, doing everything from production to design to brand management and customer support for over 100 titles such as Diablo 2 and Warcraft 3. He has successfully founded four companies in the sector and is now having to learn new things all over again, which he finds terribly exciting.