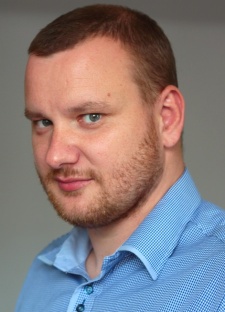 Adam Robaszyński-Janiec, Owner at The House of Fables is one of 50 world-class VR, AR and MR speakers appearing at XR Connects London on the 22nd and 23rd January. To hear him speak in person, book your ticket now!

A: I mostly work on our VR titles, namely Trains VR (to be released very soon), International Space Station Tour VR and more. We are also creating regular/flat adventure games.

A: The opportunity to uncover new things not yet figured out and described in hundreds of blog posts and lectures. Whatever you pick in XR, it’s new - apart from zombie shooters and roller-coasters...

A: The industry was developing, but mostly ‘internally’. In terms of growth in popularity among masses, it feels like we went sideways instead of going forward. Price drops in the end of the year sounds like a good move and might allow bigger adoption – much needed now.

A: Stronger push on cheaper mobile headsets such as Oculus Go and more phones capable of handling Daydream requirements, plus a push on AR, which sadly seems like it’s the same thing it was four years ago due to single camera without depth sensing.

A: Networking and meeting with new people.

Don’t miss your chance to hear Robaszyński-Janiec share his insights on how to change VR challenges into opportunities with a few simple tricks at XR Connects London. His session is at 12:20 on Tuesday 23rd January. Book your ticket now!

Robaszyński-Janiec has run game dev companies since 2008, with almost 20 games released, incluing premium, casual and VR games. Currently supporting other devs with their aspirations in the VR area. His latest release is International Space Station Tour VR with Microsoft Education and European Space Agency. Robaszyński-Janiec works with almost all VR headsets on the market and is keen to talk to anyone doing - or in need of - some VR/AR.