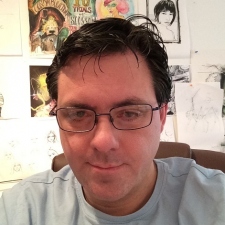 Marcus Pullen, MD at Blue Donut Studios is one of 50 world-class VR, AR and MR speakers appearing at XR Connects London on the 22nd and 23rd January. To hear him speak in person, book your ticket now!

A: finding real-world solutions to problems that make a difference to people. That’s both in hardware and software.

A: There’s a lot of potential, as always. However, the big promise of immersive Mixed Reality is in danger of becoming a unicorn idea this year if there isn’t significant solid development in practical hardware for consumers.

Magic Leap has raised a lot of VC on some very exciting concepts and some hardware innovation, but have no real product to show. Microsoft’s Hololens is also a promising presentation and a real device, but that’s been in development since 2015 and the reality is a long way from the ideal.

They both suffer the same problem that XR headset makers suffer. All their headset solutions are a challenge for consumers to buy into. Consumers don’t want to wear something that looks like a pair of night vision goggles from Counter Strike.

It’s the same problem for Oculus and Vive. They’re great to use, but the hardware solutions are counter to the way people use computers these days. It’s all a very sit-down experience and needs expensive equipment to get the most out of it.

Mobile technology in the hands of consumers is more powerful and better equipped to process real time rendering and interactivity on a screen that is generally much larger on a mobile phone.

The last 12 months have been a year of innovation and growth for enhanced reality solutions. It’s really been a great year for AR in a range of areas - not just games such as Pokémon - but for navigation, translation, information access and a growing range of apps for an incredible range of everyday uses.

A: I think VR and MR will still be in the stables. Innovation is going to need to come from the technologies they depend on: optics, CPU, battery and data innovations. VR and MR need to have those crucial elements that can be fitted into a lightweight head-mounted display system.

They are all things being worked on, but they also will need quality haptic interfaces that are not onerous to wear. There’s plenty to be getting on with there, but the pay-off will be incredible.

Investors need to be bold and very brave this year. Also expect to see more innovation from Asia in technology. Chinese manufacturers will be producing cheaper VR headsets and the supporting software.

AR is going to continue to mature with in-car displays being a growing area for car manufacturers looking for new features to help their market growth. AR in the house is a thing I’d love to see – perhaps food information on produce and washing instructions on clothes – simple but useful. So perhaps this year will be more about seeing AR used more in everyday life.

The tools for making XR are getting better and better. Dev tools such as Unity now natively support AR, while Apple and Google continue to invest in supporting it within their own ecosystems. But it’s the teams using all these tools where we’re going get to see some exciting innovations this year – what people create.

A: Mixing with other people developing products.

Don’t miss your chance to hear Pullen share his insights on the small business case for developing XR solutions. His XR Connects London session is at 14:20 on Monday 22nd January. Book your ticket now!

Pullen set up Blue Donut Studios in 2016 to be a multimedia development company using technology and creativity. His background is in computer graphics, working for IBM developing multimedia applications.

In the 90s, he worked as a cover disc editor and producer on Computer Magazine Publishing for Dennis Publishing, then moved into internet development for iXL (now Sapient Razorfish) before moving to a Southampton internet agency to look after broadcast clients.

At the start of 2001, Pullen helped to set up Aspin interactive and developed e-Commerce and mobile solutions for customers in the UK, USA Europe and Australia before leaving to establish Blue Donut Studios.. In 2017, he also co-founded Imersar. which is dedicated to AR and VR solutions. We service customers in healthcare, fashion, retail and historical and cultural industries.