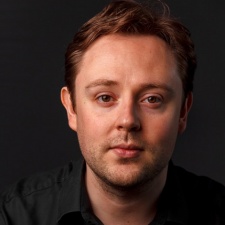 Oliver Clarke, Studio Director at Lockwood Leamington is one of 50 world-class VR, AR and MR speakers appearing at XR Connects London on the 22nd and 23rd January. To hear him speak in person, book your ticket now!

A: Studio Director of the newly founded Lockwood Leamington.

A: The exciting potential of immersive technologies is the opportunity to give everyone access to, and find meaning in, broader planes of existence. Even now, in our internet age, future generations will marvel at how narrowly we engage with the world and each other.

XR technologies have the potential to solve many human problems, foster understanding, encourage active lifestyles, provide us with limitless space to create, enhance our productivity and allow us to meaningfully engage with the growing oceans of information.

As the effects of Automation, Blockchain, AI and other industry 4.0 technologies kick in over the next few years, XR - in particular AR - will be a necessary tool to effectively work with the growing and all-pervasive sea of data. We will literally be at an unworkable a disadvantage without it.

In all honestly, the potential is as frightening as it is exciting. But what is most exciting to me is that creativity will be the most prized quality and those who play best will become the most productive.

A: There have clearly been significant challenges for VR during 2017. As companies failed to capitalise on their investments, VR technology has fallen into the trough of disillusionment.

The technology has, however, found a foothold in B2B applications. Various VR companies have worked hard and built relationships within industries such as architecture and automotive, for example, who now recognise its benefits and use it almost prevalently. There are certain kinds of applications that VR excels in and will continue to do so, but these are niche and not the broad mass market uptakes that were initially predicted.

It’s almost as if the prophecy had been misinterpreted. What was really being predicted was a similar but fundamentally different kind of immersive technology: AR. Visions for the future have come to focus on new AR technology. It is a fundamentally different tech to VR and it has come to the forefront as the clear platform of choice by the major platforms holders such as Apple, Google and Microsoft (MR in their case).

AR technology did not find its B2B momentum in 2017. It’s taking time for large industries to recognise benefits and build relationships with AR application producers. 2018 may well change that.

In 2017, there were many small teams of innovative individuals scratching away at the surface of AR’s potential, along with a few larger companies seeking to find first movers advantage. 2018 will be another year of investment and innovation which will require patient capital to eventually reap the big rewards from around 2020 onwards.

A: I expect to see a significant increase in B2B investment as the technology innovates and matures. Investment in consumer entertainment will take longer as the hardware platforms such as Magic Leap begin to reach developers during 2018. This year innovation in XR entertainment will be driven by individuals with a vision either on their own or as part of very large organisations.

AR Kit and AR Core have opened worlds of possibilities for small creative teams to find momentum with. I dare say we will see a few of those teams produce applications, entertainment or otherwise, that within five years become household names.

We’re currently in a period similar to 2005/6. The iPhone equivalent is still around two years away and still three to four years away from having the same kind of impact on the games industry that the iPhone had. But make no mistake; the change is coming and it’s coming in a big way. It would be wise to be patient, prepare now with small teams working on small applications and be in a clearly visible position to reap the benefits when the time comes.

It’s important to note that we’re not going to see a repeat of history; it will be more of a rhyming with history.

I currently suspect that immersive technologies will find their momentum in enterprise initially in the same way as PCs did in the late 80s and early 90s. As the technology becomes prevalent in work, it will then expand to become huge gaming platforms almost immediately.

For those not paying attention, when it happens, it will seem as if what’s taken billions of dollars and years to build by massive corporations will appear to have taken place overnight.

Q: Which part of XR/PG Connects London are you most looking forward to and why?

A: PGC London has always been a great place to meet game innovators from all over the world and that’s exactly why I’ve taken part in previous years. This year, we’re setting up a new studio, Lockwood Leamington, and I hope to meet talented developers that recognise the many opportunities that are available right now. Of course, I’m always looking forward to meeting with old friends and catching up over a drink.

Don’t miss your chance to hear Clarke share his insights at XR Connects London. His session is at 14:00 on Monday 22nd January. Book your ticket now!

Ollie Clarke is a director that strives to create great 3D experiences. He has worked on over 20 released titles to date and is a keen AR advocate. Ollie has led the development of several AR applications, from entertainment to B2B. He is the studio director for the recently founded Lockwood Leamington Studio, a part of Lockwood Publishing and developers of Avakin Life.

Claarke was selected as BAFTA Breakthrough Brit in 2013 and is a co-founder of the innovative co-working space, Arch Creatives, based in the UK gaming hub of Leamington Spa. He is proud to be an ambassador for Special Effect, the gamers charity helping all people to enjoy video games.