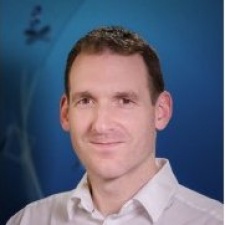 Simon Benson, VR and Immersive Technology Consultant at Realised Realities, is one of 50 world-class VR, AR and MR speakers appearing at XR Connects London on the 22nd and 23rd January. To hear him speak in person, book your ticket now!

A: I see it as the next major revolution. The internet brought us the information revolution, but VR is bringing us the ‘experience revolution’. This will transform many areas of our lives, including education, business and entertainment. I’m looking forward to being part of this amazing journey.

A: We’re off to a good start. For such a new type of technology, VR, AR and MR has had possibly the highest momentum of any technology to date.

A: In the short term, I predict that we will start to see larger and more significant VR experiences on the market, rather than the short form content that is common currently. This will start to transform VR development as larger teams will be needed to deliver on this, so I would expect to see some consolidation of the VR development community.

AR development will mainly be focused on finding high value uses for smartphones in order to build the need for user to migrate to AR glasses longer term. I expect the start of an AR backlash, mainly focused on the output of the Magic Leap project as it is likely to fall short of the hype in the short term as I anticipate that consumer acceptable AR hardware is still years away and we need to be patient.

A: Sharing my thoughts on the world of VR, AR and MR and where I see it going in the future.

Don’t miss your chance to hear Benson share his insights on how the Experience Revolution will grow from its humble beginnings as a VR entertainment platform in 2016 into something that has the potential to replace the smartphone as the number one consumer electronics device in the coming years. His session at XR Connects London is at 09:40 on Monday 22nd January. Book your ticket now!

Simon Benson is the co-founder of Realised Realities, a specialist Virtual Reality and immersive technology consultancy. He has over 20 years’ experience working in the immersive field, initially starting out in military R&D before moving to Sony where he was the Director of the Immersive Technology Group for Sony Interactive Entertainment and a founder member of the PlayStation VR project.