Six Of The Best: 4th December 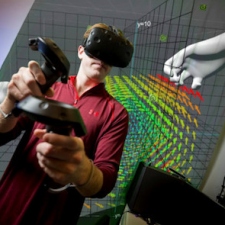 Welcome to your Monday morning briefing of the most read stories on TheVirtualReport.biz in the past week.

XR on the up as hardware manufacturers ship a million units globally in third quarter; the first time the industry has broken the barrier. PS VR leads market share by a large margin.

Oculus’ Exec producer, Warner’s EVP, a film critic, and Raindance founder talk about Virtual Reality, filmmaking and the future of narrative. And ask uncomfortable questions along the way…

3) The Future Of VR Arcades In China And Beyond

We speak with the CEO and COO of China's Yue Cheng Technology about Location Based Entertainment and building East-West bridges in Virtual Reality.

XR Connects returns to London with added AR, more MR and a veritable feast of VR once more as part of the biggest b2b games conference in the UK.

Niantic beats Playroom VR to the gong with its AR breakout hit.