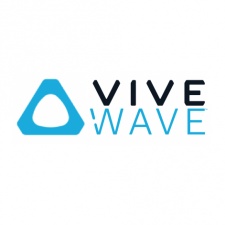 The Vive Wave VR SDK offers an open interface that enables interoperability between numerous mobile VR headsets and accessories, with Viveport as the content platform for compatible devices. This allows VR content developers to more efficiently and attentively develop content while offering them a much broader reach of potential customers across multiple vendors.

Over 35 Chinese and global content developers have already built VR content optimised for Vive Wave, with 14 showing live demos at the event. 12 hardware partners also announced their support for the integration of Vive Wave, as well as the Viveport content platform, into their future products, including Baofengmojing, Idealens, Pico, and Pimax.

"We're delighted that the Vive Wave VR open platform is receiving such strong industry support from both hardware partners and developers," said Alvin Wang Graylin, China Regional President of Vive, HTC. "As the VR industry leader in China, it is our duty to help reduce market fragmentation and provide content developers with more ways to make money. Vive Wave will assure a higher consistency in the user experience on a variety of mobile VR devices across various price points, making quality VR more accessible to the mass market”.

500 VDC2017 attendees were given reservation cards to get priority for receiving the Vive Wave Dev Kits, which include the newly announced Vive Focus standalone headset.

Developers can apply to join the programme online at Vive's developer portal.