Six Of The Best: 21st August 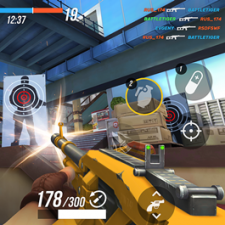 The top six trending stories of the past week on TheVirtualReport.biz:

1) The Importance Of Collaboration In Virtual Reality

One of the most common objections to VR is that it’s seen as antisocial. Tom Symonds, CEO at Immerse explains that not only is that a misconception, but why collaboration in VR is crucial to its success.

British consortium finds funding from Innovate UK for VR and AR in the construction industry.

Alea Co-founder, Alexandre Tomic, shares his experience of creating Slots Million and how to attract and retain consumers in VR.

Customers are guaranteed an enchanted evening when they visit the Cauldron Inn on South West England’s original Diagon Alley.

Smash hit mobile FPS game lets users look on as matches are played out on their coffee table.

Six Of The Best: 23rd October

Six Of The Best: 2nd October

Six Of The Best: 11th September