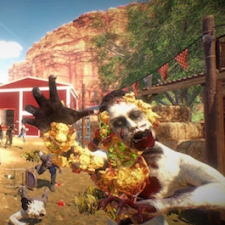 We’ve known for a while that the hugely successful Arizona Sunshine is coming to PS VR, but now we have our first peek of gameplay using the fantastic Aim controller, with the video below from E3.

As we reported in January, developers Vertigo Games and Jaywalkers Interactive announced that the game made $1.4 million in sales during its first month of release.

Arizona Sunshine puts you in the midst of a zombie apocalypse, exclusively in VR. Handle weapons with real-life movements, explore a post-apocalyptic world with free movement or teleportation and put your survival skills to the test with PS VR.