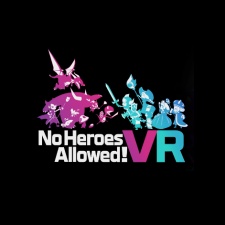 Sony has shared a trailer for No Heroes Allowed! VR at this year’s E3, making it clear that the game from developers, Acquire and SIE Japan Studios will get a Western release.

No Heroes Allowed! VR is a Real Time Strategy game where you become the God of Destruction and, together with the Badmen and Badmella, aim for world domination! In a neat reversal of traditional gameplay mechanics, the game sees you take the role of the antagonist as you seek to conquer and despatch the forces of good. In the process, you must manage resources and grow smaller creatures into formidable foes.

This PS VR release sees the What Did I Do to Deserve This, My Lord? Franchise move to PS VR, having previously appeared on PSP, PS Vita and PS 3. In Japan, the series is known as Yūsha no Kuse ni Namaiki da.

No Heroes Allowed! VR is scheduled for release this autumn in Japan; no date has been set for other territories.