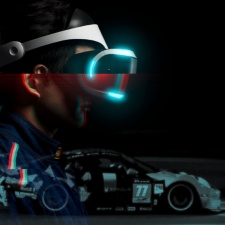 With the juggernaut that is Gran Turismo racing towards an autumn release – now confirmed at E3 - we still don’t know just how much of the game will be available in PS VR. We’ve been told that it isn’t the full game – for shame – and we’ve even heard Kazunori Yamauchi say that he feels VR is best suited to exploring environments such as the car interiors, rather than on-track action.

We know that Yamauchi-San’s focus with Gran Turismo Sport is on creating an eSport every bit as legitimate as its real world motorsports counterparts, but we remain hopeful for a significant look-in for PS VR, however, as the official website reads, ‘Experience racing in new and extraordinary ways. Turn your head and aim towards the apex as you enter the corner. Confidently throttle down as you look ahead at the exit to a blind corner. The future of motorsport is with PS VR.’

Here’s a rousing video to set the mood for the game, fresh from E3:

Gran Turismo Sport will be released on PS4 and PS VR this autumn.