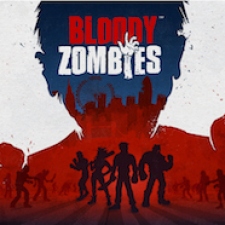 Announced last month, Bloody Zombies is a co-op brawler featuring, well... blood and zombies! This new title is being developed by Paw Print Games and published by nDreams and will appear on PC, console and the major VR platforms. You can see the zombie-bashing action for yourself in the new E3 trailer below.

The game is for 1-4 players with any combination of TV/monitor and VR players with VR offering ‘A unique viewpoint to help the team overcome obstacles and discover secrets in the game’. Set in a London that has been lost to an undead plague, players must fight across the ruins of London using carefully refined free-form combat with an expanding special move-set.

Bloody Zombies will be released for PS4, PC, Xbox One, PS VR, Oculus Rift, and HTC Vive this year.