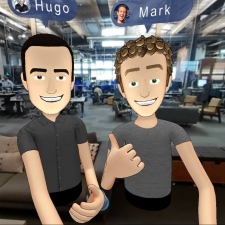 Mark Zuckerberg, CEO at Facebook, has announced that Hugo Barra is to join the company to head up its VR divisions. Barra brings extensive experience to the position, having previously worked for Google and Xiaomi.

Zuckerberg made the announcement via Facebook – where else – saying:

“I'm excited that Hugo Barra is joining Facebook to lead all of our virtual reality efforts, including our Oculus team. Hugo's in China right now, so here we are together in VR. It seems fitting.

“Hugo shares my belief that virtual and augmented reality will be the next major computing platform. They'll enable us to experience completely new things and be more creative than ever before. Hugo is going to help build that future, and I'm looking forward to having him on our team.”

Reading between the lines, the announcement reinforces the perception that Oculus is increasingly becoming a part of the Facebook business. Notably, Barra will be joining the parent company while managing the ‘child’.

Following Brendan Iribe’s announcement that he was to step down as Oculus’ CEO, the co-founder also shared on Reddit that, “We're retiring the CEO title now that Oculus is owned by Facebook”. It’s now evident that Zuckerberg’s strategy is for top-level management for Oculus to come out of Facebook.