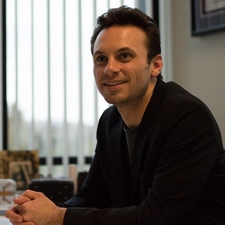 Oculus CEO Brandon Iribe has announced that he is to step down from his position at the helm of the company after four years in the role. As part of the corporate restructure, the Californian company is creating new groups to focus on PC and mobile VR with the stated aims, “To be more focused, strengthen development and accelerate our roadmap.”

Do What You Love

Free from the responsibilities of being CEO, Iribe has instead opted to lead the PC VR group. In a blog post, Iribe explains the move saying, “Thinking about where I’m most passionate, I’ve decided to lead the PC VR group - pushing the state of VR forward with Rift, research and computer vision.” He goes on to say, “As we’ve grown, I really missed the deep, day-to-day involvement in building a brand new product on the leading edge of technology.”

Love What You Do

You know it’s big news when anyone leaves the big chair at a multi-million dollar company – usually as a result of disappointing performance - but in this case it seems that Iribe simply wants to reconnect with the work that has made Oculus successful. And for that, we salute him! As he says, “You do your best work when you love what you’re working on. If that’s not the case, you need to make a change. With this new role, I can dive back into engineering and product development. That’s what gets me up every day, inspired to run to work.”

Jon Thomason, who recently joined the Oculus team, will lead the mobile VR group. No appointment has been made for the CEO position, but Iribe will work with Thomason and Mike Schroepfer, CTO at Facebook, to find a replacement. Co-founder Palmer Luckey is also said to be taking a new position at the company, having stepped out of the spotlight after his sponsorship of shitposting group Nimble America upset developers and publishers in the industry. It’s far too early to assess the impact these changes will have on the business, but Iribe believes that as a result of the restructure, Oculus will, “Move faster at solving the grand challenges of virtual reality.” Looking further ahead, he promises that, “We’re going to push VR far beyond the boundary of what’s possible today.”