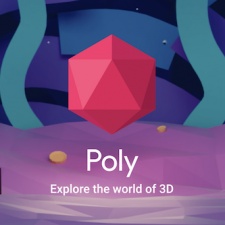 Google has now added an API to its recently released Poly asset library enabling creators to select and edit assets in VR. The intention is to streamline development workflows for both professional and hobbyist creators alike.

The Poly asset library was revealed last month, and this update makes it an even more convenient toolset with the introduction of an API that removes the extra steps of leaving a VR project to search, edit and import new features and assets, only to don the headset once more and boot it up.

Google intends to streamline the process of regular playtesting as users can open up Poly within their own projects, isolating workflow, which in turn makes it easier for pros and amateurs alike to create and edit on the fly.

The Poly Toolkit acts in a similar manner for users of the Unity or Unreal Engine, where 3D objects and scenes can be imported. Opening up a collection of royalty-free assets to developers, such as characters and objects which can be dropped directly into a project, Google’s aim is to speed up VR/AR production and make development more appealing to potential creators.

It may be Google’s API, but Poly isn’t restricted to use on the Daydream platform, as it will also be accessible via Apple’s ARKit and other mobile VR/AR platforms.