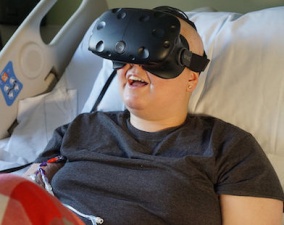 Google has announced its Daydream Impact Project, a project that seeks to provide the means to create immersive VR experiences for organisations and change makers.

The first contribution to groups by Google is VR film training, which will cover basic hardware requirements, pre-production checklists and tips on how to effectively deliver mission statements using VR technology.

Google’s second, more hands-on offering is its ‘loaner’ program. Successful applicants will have full access to a Jump Camera, an Expeditions kit, Google Daydream View headset and a Daydream-ready phone for six months. The company says that this time is for organisations to capture and refine their work, before showcasing it to their stakeholders.

Organisations that have already used the project to create immersive VR films and studies include Harmony Labs’ anti-bullying campaign, Springbok Cares, to reduce anxiety for cancer patients during treatment and The Rising Seas Project that enables people to experience their future coastlines to inspire them to take action.

More upcoming projects and case studies have been announced from UNAIDS, the International Committee of the Red Cross, and the World Wildlife Fund, with more scheduled to be released next year.

Netflix And HBO On Daydream