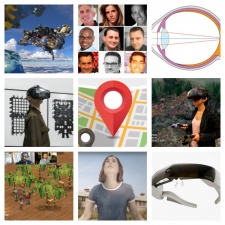 Forbes Agency Council members explore how VR and AR will impact the world of advertising, marketing and PR in the near future.

2) The surveyor and augmented reality – ready for the future

Surveyors could utilize AR in everyday tasks but that would require having a fully developed 3D design model that could merge with the existing conditions in their visual device.

”It ended up being a super-confined, horrific, jail cell-style situation,“ the director tells TheWrap of the camera set-up.

5) Motion Sickness and the Physics of VR

The technology of virtual reality has seen a rapid improvement in recent years as its applicability expands into more areas and big players are getting involved.

6) What's a virtual office? 3 reasons the metaverse could solve the reopening challenge

Establishing a shared space for in-person staff, remote workers and clients can bridge the gap between all these groups.

Apply to Varjo Academic Program to experience the most realistic immersive applications and unlock significant benefits and discounts on Varjo products.