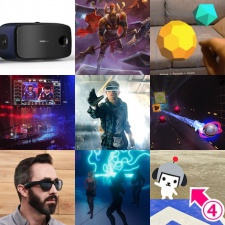 1) 3D Live Tiles, Two-Handed Manipulation And More Are Finally Coming To The HoloLens

HoloLens owners everywhere will soon get a number of new features added to their devices. At least if they are members of the Windows Insider program.

2) Bose Has A Plan To Make AR Glasses

Best known for its speakers and headphones, the company has created a $50 million development fund to back a new AR platform that's all about audio.

3) Ready Player One Review: Spielberg Levels Up On The Fanboy Culture Wars

The film, based on Ernest Cline’s 80s-inflected best-seller, is a wild ride—but may disappoint anyone looking for something deeper.

Chief Gabe Newell says the firm's software and hardware expertise could yield some interesting projects in the coming year.

A look at Sinespace, a new metaverse project from an Australian company called Sinewave Entertainment.

6) How Location-Based VR Can Incorporate eSports

Competitive video gaming is one of the stars of the immersive entertainment sector and it appears that virtual reality is poised to play its part.

Here’s what’s in store for Ready Player One fans!

8) Motorola Is Working On A VR Headset For Its Phones

A Virtual Reality headset, custom-built for the Moto Z line and its big, circular camera bump.

The AR function, which is only intended for walking routes currently, is available starting today on Japan-based Apple devices running iOS 11.