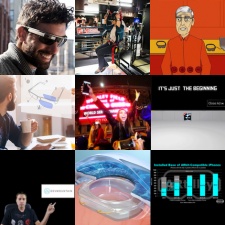 1) 380 Million iPhones Are Compatible With ARKit

2) The Business Of Virtual Reality Arcades, A Future $45 Billion Industry

Forbes finds China leading the charge with the rest of the world catching up.

An article based on Oculus Chief Scientist’s presentation at the third Global Grand Challenges Summit.

4) Before Augmented Reality Becomes The Next Big Thing, Here’s What Needs To Happen

Why gesture recognition needs to enable controller-free interaction for the mass market.

Wired agrees with our Focal Point panel that advertising could be XR’s biggest money-spinner.

Co-founder Gary Wortz explains his vision for the future of XR without HMDs.

YouTuber Chris Hawkes gives an introduction to the DevMountain Bootcamp that aims to get new developers up and running in 12 weeks.

The next step in human and computer interrelation in cartoon form.