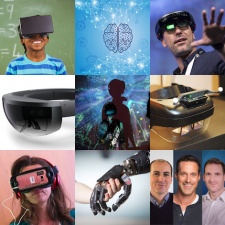 1) Why This Futuristic Tech Will Be The Future of Computing

Time magazine picks up on Facebook’s claims and asks if Apple will deliver on those promises.

2) How tech is transforming manufacturing

ZDNet includes VR and AR in their look at how goods will be designed and made.

4) Virtual reality check: Oculus, HTC and Sony's verdict on the future and first year of VR

MCV looks back at the last (first) 12 months in VR.

6) Improving on reality: What AR and VR mean for SMEs

The potential for immersive media in Small-Medium sized Enterprises.

engadget finds the Glyph a contender to HoloLens in their hands-on.

8) VR a game-changing gold mine

These are the apps setting the curriculum in the classroom for VR in education.