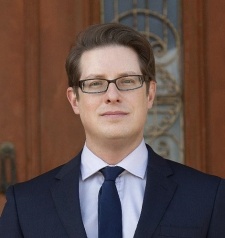 Tracy Spaight, Director of Special Projects at Wargaming.net is one of 50 world-class VR, AR and MR speakers appearing at XR Connects London on the 22nd and 23rd January. To hear him speak in person, book your ticket now!

A: Special Projects works with Second World War museums around the world to recover, conserve, and exhibit WWII vehicles. We also partner with museums like the National Museum of the Royal Navy, Bovington Tank Museum, and Chatham Dockyard Museum to produce VR and AR experiences. For example, last year we launched a 360 VR tour of HMS Cavalier (with Chatham) and the Sturmtiger AR experience (with Bovington).

A: I’m interested in how we can use VR, AR, and MR technologies to ‘bring history alive’ through museum installations, mobile apps, and interactive experiences.

A: We made our first AR mobile App (with RAF museum and Red Loop) back in 2013. Apparitions allowed users to see a full sized Dornier 17 bomber at geo-fenced locations around the world. Our most recent projects – on Hololens and ARkit – are light years beyond where we were four years ago. It’s astonishing how quickly the technology has improved!

A: I’m excited to check out the XR Showcase, to see what creative new projects are on the horizon.

Tracy Spaight is the Director of Special Projects at Wargaming.net, where he has worked with museums and media partners over the past six years. Spaight has worked in the video game industry as a publisher, game developer and media project specialist since 2005. In that year, he joined Atlanta based Rapid Reality Studios, where he served as VP of Research & Development and later as Chief Operating Officer. From 2008 through 2011, he was the Executive Director of Publishing at Gamersfirst, where he evaluated online games for licensing or acquisition. Tracy holds a Bachelor of Arts degree in history from Santa Clara University and a Master of Arts degree in Science & Technology Studies at Cornell University.