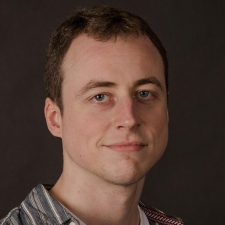 Sam Gage, Lead Technical Designer at The Third Floor is one of 50 world-class VR, AR and MR speakers appearing at XR Connects London on the 22nd and 23rd January. To hear him speak in person, book your ticket now!

A: I design and manage development of The Third Floor’s consumer VR technology. Part of that is spending a lot of time playing with real objects and trying to recreate them in VR. I also discuss a lot of concepts with clients, helping steer ideas to make the most of their chosen platform.

A: Popular culture has given us a good idea of what VR and AR can be. What’s great now is we’re at a time when a lot of that is actually becoming possible.

A: The VR install base is constantly expanding so we’re able to work on increasingly ambitious projects. I’m seeing less mockups and speculation, more developers delivering solid mechanics. We’ve all learned a lot from our own work and others, largely because we have a really open community that isn’t afraid to share.

A: I think VR will continue to grow steadily. As an industry, we’ve solved a lot of the core problems and every few weeks I see someone doing something I haven’t seen before.
For AR, it’s smartphones for me. Headsets are a way off and still have serious limitations with their displays, which is fine for enterprise, but consumers will expect it to look like the mockups.

A: There’s usually something at these shows that hasn’t come up on my radar, so I’m mostly looking forward to the things I don’t know are there yet.

Don’t miss your chance to hear Gage share his insights on developing high performance modular systems for immersive entertainment. His talk will show you how to break real world interactions down to create a set of components that can be easily plugged together to create a huge range of interactive VR content. His session at XR Connects London is at 12:00 on Tuesday 23rd January. Book your ticket now!