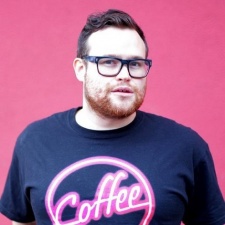 Brynley Gibson, Head of Studios at Kuju is one of 50 world-class VR, AR and MR speakers appearing at XR Connects London on the 22nd and 23rd January. To hear him speak in person, book your ticket now!

A: I’m a creative and producer making games and experiences for immersive and traditional technologies. Kuju is a longstanding UK work-for-hire developer based primarily in London and the South of England. Amongst other projects, we’re currently collaborating on an exciting mobile AR game which we’ll be talking about more later in the year.

A: With VR, it’s the totally unique experience it provides; even in its crude form today, it has the ability to create strong emotional responses whether that’s something deep and meaningful or just being an absolute blast of sheer joy.

A: There have been a few scares with a team here and there being shut down, but overall we’ve seen healthy growth across all axes and significant investment has continued to be made. I don’t see signs that the immersive technology industry is slowing down, it’s just steadily jogging forwards.

A: I see the next 12 months as being a little dull from the outside, but super-exciting for us working in the space. What I predict is that we’ll see a steady growth and improvement across all aspects of the business, with probably the most radical movement being in AR due to the middleware that has been - and is still to be- released on mobile.

Growth in sales and adoption for both hardware and software, improvement in the hardware, and the crucial standalone mobile style devices. Continued growth in ever improving content; already there’s so much more than any one person can consume. All of these factors will have the knock on impact of growth in jobs, studios and ancillary businesses and services.

A: I always love trying out the demos at these kinds of events; you get to see so much innovation and that can be very inspiring.

Don’t miss your chance to hear Gibson speak as part of the panel on the commercial perspectives and possibilities of VR/AR at XR Connects London. The session is at 15:00 on Monday 22nd January. Book your ticket now!

Brynley Gibson has been producing in a range of creative industries for over 18 years. He is currently the head of studios for Kuju, a division of Curve Digital Entertainment. Most recently, he released the critically acclaimed and multi-award nominated The Chainsmokers: Paris VR for Sony Corp.

As Executive Producer at Sony London Studio, he led the PS VR launch title PlayStation VR Worlds. Other titles include Battalion Wars 2, the Chime series, the BAFTA-winning The Movies and the series producer and one of the original creators behind Nintendo’s multi-million selling Art Academy series.