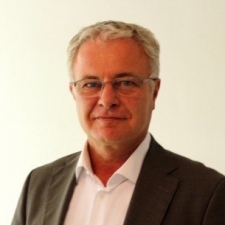 Juergen Funk, Managing Director at highlewelt GmbH, is one of 60 world-class speakers appearing at VR Connects London 2017 on the 16-17th January 2017. To hear Funk speak in person, book your ticket now!

Q: What do you do?
A: highlewelt GmbH develops AR/VR/MR Apps and markets complete solutions consisting of VR Software and Hardware (i.e. VR headsets for businesses and end for end consumers; Bluetooth Controller, etc.).

Q: What makes you most excited for VR as whole?
A: VR/MR transfers users into new worlds of infotainment where he/she can enjoy new empathic and sensual experiences.

Q: What are your thoughts on the way the VR industry has grown in the last 12 months?
A: The awareness and the acceptance of VR are improving. However, many people are still reluctant to put huge devices in front of their faces since they feel ridiculous. If, for the next 12 - 24 months, the devices become sleeker and begin to look like regular sunglasses, we believe that VR will hit the mass market.

Q: What major trends do you predict for VR in 2017?
A: We believe that MR will become more prominent in the coming year, we think it will:
• Reduce the problem of motion sickness
• Become the more natural medium for most users
• Allow more B2B and non-gaming scenarios which can be used in daily lives
• “Shrink” more rapidly than VR devices, bringing it closer to the mass market

Don’t miss your chance to hear Funks’s session at VR Connects London, where he will be discussing the future of mobile gaming and introducing the VR home cinema app, Highmkino. Book your ticket now!

About The Speaker
Juergen Funk is founder and MD of the Munich based VR startup “highlewelt GmbH”, an independent developer of VR, AR and MR technologies. He started working with interactive media in 1983, back in the “online stone age” at one of the first agencies working on the German videotext system, “BTX”. In 1991, he founded MEX Multimedia, one of Germanys leading interactive agencies with customers like Allianz, Braun, Daimler, Mercedes-Benz, IBM, Siemens and Kraftfoods.