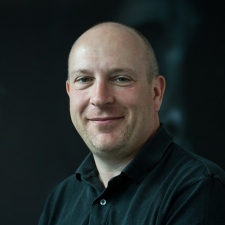 Simon Harris, Executive Producer at Supermassive Games is one of 60 world-class speakers appearing at VR Connects London 2017 on the 16-17th January 2017. To hear Harris speak in person, book your ticket now!

Q: What do you do?
A: I oversee all of the VR projects for Supermassive Games.

Q: What makes you most excited for VR as whole?
A: It’s already becoming a cliché, but you have to try VR to understand why it’s so exciting. Being immersed in a VR world is such an incredible step from interacting with it on a TV screen and we are still only just at the beginning of how this is going to change the way we game. The possibilities are truly immense.

Q: What are your thoughts on the way the VR industry has grown in the last 12 months?
A: There are two sides to this question. On the business side, it’s very encouraging. VR is building a significant install base via mobile and the home consumer headsets install base is growing as well.
On the creative side, it’s fantastic. Everyone is learning so many new things about what works and what doesn’t work in VR and they are often surprising. The progress we have made in our understanding of mechanics and immersion is huge and, having already released two games, we can’t wait to be able to tell people where we are going next.

Q: What major trends do you predict for VR in 2017?
A: I think from the software side we are going to see titles grow into experiences that are more like games as we know them - but with the full immersion that VR brings.

Q: Which part of VR Connects/PGC London are you most looking forward to and why?
A: I always love to hear the viewpoints from the speakers - especially in an area that is so new and so full of potential. Hearing where people are going, or the lessons they have learned on their journey so far, is always great.

Don’t miss your chance to hear Harris speak at VR Connects London, where he will be taking part in a panel discussion about overcoming VR design challenges at 15:50 on the 16th January 2017. Book your ticket now!

About The Speaker
Simon has significant games industry experience in commercial and production roles dating back to 1990. He has had roles at several high-profile companies, including BBC Worldwide, Microsoft, Electronic Arts and Activision. Franchises he has worked on include Battlefield, Harry Potter, Top Gear and Half Life.
Having worked previously as a European Development Manager and Executive Producer, Simon now heads up all aspects of Supermassive Games’ VR business.