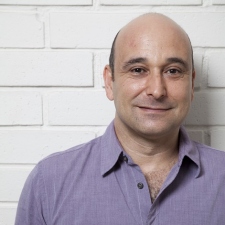 Glenn Gillis, Managing Director at Sea Monster Entertainment is one of 60 world-class speakers appearing at VR Connects London 2017 on the 16-17th January 2017. To hear Gillis speak in person, book your ticket now!

Q: What do you do?
A: As the CEO and co-founder, I’m responsible for overall strategy and new business development. We’ve got a great team of 25 full time developers, animators and designers so that really frees me up to focus on building long term relationships with our key clients and sales and distribution partners.

Q: What makes you most excited for VR as a whole?
A: It’s forcing us to all to go back to basics. The rules of storytelling and cinematography are being re-written or at the least re-applied in new ways because of this medium.

From a user's perspective, we are really being asked to provide answers to all the big “whys?”. Beyond the initial “wow” experience and pure entertainment, why should I engage in your VR experience or brand?

One of the big drivers for us is that brands are going to have to offer much more interactive, game-like experiences than ever before. And we see VR / AR as a major driver for educational experiences, and learning more generally.

Q: What are your thoughts on the way the VR industry has grown in the last 12 months?
A: Although there has been much hype, we really are just starting to come out of the disappointment curve. With a low install base and a huge focus on casual games initially, companies are now also starting to invest in more meaningful marketing and learning experiences, where VR has huge advantages in overcoming distance, providing goal directed experiences and much more.

With all the hype around VR, more and more people are re-thinking their initial assumptions around AR. This technology is much more mature, and offers more immediate applications so we are seeing a major resurgence of interest in AR for gaming, but critically also for marketing and education.

Q: What major trends do you predict for VR in 2017?
A: In addition to the comments above, we will finally see more devices in the hands of more people, and increasing power for mobile VR solutions. Room-size VR (like the HTC Vive) are also becoming more accessible. Companies will continue to invest, or be left behind, and are now looking to build business cases to support their initiatives.

So yes, we will see some more cool games and experiences launched, but we think 2017 will also be the year in which the foundation is laid for strategic investments by large corporates on how VR and AR can be used to support their long-term core business, marketing and learning objectives.

Q: Which part of VR Connects/PGC London are you most looking forward to and why?
A: Sea Monster is based in Cape Town, South Africa, and we know from our work with companies like Disney and others that we can offer very high production values. That said we are a long way away from our markets and are always delighted to find new friends, partners and clients as part of the broader ecosystem. We love the knowledge sharing, learning from others and making connections who share our passionate belief that these new immersive technologies can really change the world.

Don’t miss your chance to hear Gillis’ session at VR Connects London, where he will be discussing immersive technology’s implication for creating engagement to drive marketing and learning outcomes. Book your ticket now!

About The Speaker
Glenn is the CEO and co-founder (2011) of Sea Monster Entertainment, one of Africa’s pre-eminent animation, gaming and augmented reality companies. He has a Business Science degree and been an entrepreneur, hired gun and consultant with growing, knowledge-intensive businesses around the world for over 25 years.

Prior to Sea Monster, Glenn was the General Manager of Clockwork Zoo, one of the largest animation and live TV production companies in South Africa, and delivered 2D animated TV series for Disney, the BBC and others. Before that, he was the General Manager at Moonlighting Film Services, Africa’s largest film and commercial services company.