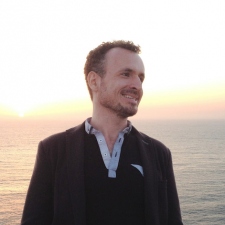 Wendelin Reich, CEO at Virtual Beings, is one of 60 world-class speakers appearing at VR Connects London 2017 on the 16-17th January 2017. To hear Reich speak in person, book your ticket now!

A: As CEO of Virtual Beings, my goal is to bring next-gen artificial intelligence into everyone’s hands and hearts. We develop virtual characters that play with you, explore worlds together with you, or even teach you.

A: The fact that VR changes and levels the playing field! Whether you’ve been in the industry for 20 years or whether your company has a top grossing app on iOS - these things just won’t mean you’re going to be a dominant player in the VR industry. And we already see this trend, with many of the most successful VR games and experiences coming from left field (e.g., Stop Talking and Nobody Explodes, Tilt Brush…). This overall pattern means that VR is currently a very meritocratic, equal-opportunity space. It won’t stay like this for long, so it’s amazing to be part of this historic moment.

A: Growth has been slower than many self-appointed ‘experts’ predicted last year. For these people, the current situation is relatively disappointing, with global user numbers on all platforms being in the six or lower seven figures. But I couldn’t be happier - mainstreaming VR was always going to be hard because it requires near-simultaneous development of new hardware, new software, new tools and new distribution platforms. Throughout 2016, VR has broadly confirmed it’s ability to ‘wow’ people, including non-technical people and especially non-gamers, and I think this points to a bright future in 2017 and beyond.

A: To paraphrase Bill Gates, people always overestimate change for the next 10 months and underestimate it for the next 10 years. So if we confine ourselves to things are actually predictable (unlike Pokemon Go etc), I don’t think the trends of 2017 will be entirely different from 2016. But I do predict more people (finally) being concerned with traditional games industry problems like download numbers, revenue numbers, retention etc. To put a name on this trend, I choose: growing maturity.

A: Oh, I’m perfectly willing to be surprised!

Don’t miss your chance to hear Reich’s session at VR Connects London, where he will be discussing Hybrid Virtual Reality and why VR is a complement rather than the ultimate solution to game development at 12:00 on the 16th January 2017. Book your ticket now!

Wendelin Reich is the CEO of Virtual Beings and a veteran researcher on computational behaviour. After holding fellowships at Stanford and SCAS, he co-founded Virtual Beings in 2016 to change the way embodied interactive AI is used in VR, AR and mobile. By combining technology with psychology, we develop next-gen virtual characters that will conquer your heart!