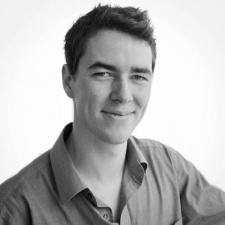 Edward Miller, Founder and CEO at Scape , is one of 60 world-class speakers appearing at VR Connects London 2017 on the 16-17th January 2017. To hear Miller speak in person, book your ticket now!

A: In order to overlay digital content onto the physical world, you need to know with great accuracy where the viewer is located in space. GPS based applications like Pokemon Go can guess the user’s position to within 7 meters, which simply isn’t accurate enough for rich AR experiences. The team at Scape are working on city-scale localisation technology for augmented reality. This allows ordinary devices to understand where they are in the world with sub centimeter accuracy.

A: For me, this is a special time for the VR and AR industry for three reasons. Firstly, hardware is getting to the stage that makes it affordable to run high-end 3D graphics on consumer devices. Secondly, the software algorithms used for understanding the world are improving at a rapid speed, due to breakthroughs in machine learning techniques. Third and finally, the accessibility of VR devices makes it easy for anybody to create 3D content, to a degree never seen before. These three conditions make it a perfect storm for artists, innovators and entrepreneurs to take advantage and create world-changing products.

A: The rate of change in VR this year has been truly hard to keep up with. Now that VR is finally a ‘consumer-ready product’, we’ve seen the industry take its first few steps out into the real world. Whilst some analysts’ predictions for 2017 may have been on the optimistic side, the best predictions will always come from those working in the trenches, using the technology day in, day out. And it’s good to see that those in that position are as bullish as anybody for the long-term success and growth of the medium.

A: In 2017, we’ll continue to see an increase in VR appetite and hardware but equally, we’ll also see a sharp increase in dedicated hardware for augmented-reality. As time progresses, AR, VR & mobile will combine, lowering the barrier for millions of users around the world to experience the next generation of personal computing.

A: The biggest and best part of any conference is talking to new and interesting people, so I’m looking forward to trying the Pitch & Match meeting system to build some new relationships.

Don’t miss your chance to hear Miller’s session at VR Connects London, where he’ll give the audience a look at some of the state-of-the-art localisation technologies which will pave the way for next-generation AR content for years to come. His session is at 12:20 on the 16th January 2017. Book your ticket now!

Edward Miller is an interactive imagery specialist with six years’ experience producing 360 degree video and immersive digital content. Edward has produced interactive content for the likes of BBC, UEFA, ESNP, Vogue, NHS, Daily Mail and Royal Ballet. In 2014, he created the first news documentary for the Oculus Rift, captured during the Hong Kong pro-democracy protests. Later in 2015, he created the first 360 degree video of a live surgical operation, in association with the Royal London Hospital.