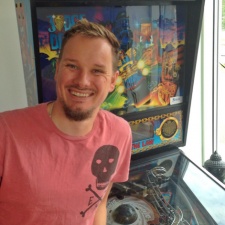 Samuel Rantaeskola, Product Expert at Simplygon, is one of 60 world-class speakers appearing at VR Connects London 2017 on the 16-17th January 2017. To hear Rantaeskola speak in person, book your ticket now!

A: My role at Simplygon is Product Expert. This means that I help customers using Simplygon and also giving tips and tricks on how they can optimize their game with the content they have.

A: The games industry has been around for 30-40 years now. Sure, things have changed but in the end, games have been played the same way throughout all this time. VR/AR has the potential to change player behaviours - how we play games. This is very exciting.

A: As I see it, we are in an experimental phase. We’re trying to figure out what sticks with players. As a consumer product, the growth has yet to come. I find this phase the most exciting one; this is where creativity is given free reign. We don’t know yet what can achieve in VR; we’re looking for it. When we’ve figured out what people want, the content will be there and more and more VR devices will find their way into homes. This is a less exciting phase, because this is where consolidation and replication will happen.

A: 2017 will be a year of experimentation and creativity. We will see some crazy successes, but also some big bets that fail miserably.

A: Meeting the people that are creating content and trying their wings in this new space.

Don’t miss your chance to hear Rantaeskola’s session at VR Connects London, where he will share his tips and tricks for optimising 3D content for VR at 18:10 on 16th January 2017. Book your ticket now!

I’m a Product Expert with Simplygon that started in the games industry in year 2000. I’ve worked as a programmer at Starbreeze Studios and later had the role of producer at the same studio. My past includes several AAA titles, including titles such as Chronicles of Riddick: Escape from Butcher Bay and Syndicate. After Starbreeze I spent several years developing my skills within agile development with a focus on how to get large teams to successfully work together. During this time I frequently blogged at Gamasutra.