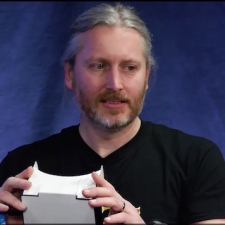 Pete Daukintis, Tech Evangelist at Microsoft is one of 60 world-class speakers appearing at VR Connects London 2017 on the 16-17th January 2017. To hear Daukintis speak in person, book your ticket now!

A: Presenting technology and helping companies to adopt new technologies.

A: Proliferation of HMDs and rise of public awareness of the technology is picking up pace. Sales of high-end consumer hardware seem low, but minimum hardware specs decreasing should help here.

A: The development of shared and more social experiences.

A: The networking opportunity, because it’s important to understand how people are developing and using the technologies available.

Don’t miss your chance to hear Daukintis’ session at VR Connects London, where he will detail HoloLens’ path to Mixed Reality and its hardware and software environment at 11:20 on the 16th January 2017. Book your ticket now!

Pete D is a technical evangelist for Microsoft based in the UK. He started out in 3D graphics and following a few years working on apps and web, he has made a comeback with the resurgence of VR/AR/MR technologies.