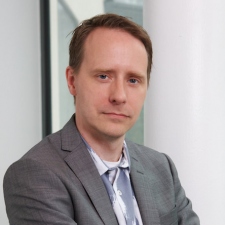 Martin Vilcans, Co-founder and CTO at Resolution Games is one of 60 world-class speakers appearing at VR Connects London 2017 on the 16-17th January 2017. To hear Vilcans speak in person, book your ticket now!

A: I make sure we optimise our use of technology to make the best VR games on time and budget. And meddle in everything else.

A: Developing for VR, you naturally come across different subjects like optics, display technology, graphics hardware, neuroscience, and psychology; there’s always something new to learn!

A: We’ve seen the releases of several consumer devices. The first hardware generation for the general public has arrived. This means that it’s now our turn as content producers to use that hardware to create compelling experiences.

A: 2017 may be the year of disappointment when VR content does not live up to the hype. Meanwhile, the hardware is in place and developers all over the world will explore what can be done and come up with ideas that just weren’t possible to realise without VR. We may see VR’s killer app this year.

A: The talks. I always enjoy a knowledgeable person sharing information.

Don’t miss your chance to hear Vilcans’s session at VR Connects London, where he will be sharing the lessons Resolution Games have learned in creating some of the most downloaded mobile VR games at 10:40 on 16th January 2017. Book your ticket now!

Martin Vilcans is co-founder and CTO at Resolution Games, where he works with the team to build technology that pushes the boundaries of VR gameplay. He is a veteran developer with more than 30 years of experience across everything from assembly language programming to server clusters.