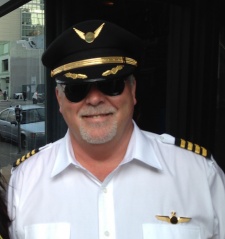 Chris Donahue, Senior Director, Alliances at AMD, is one of 60 world-class speakers appearing at VR Connects London 2017 on the 16-17th January 2017. To hear Donahue speak in person, book your ticket now!

A: One of my many roles is managing the AMD/Microsoft relationship. We work closely with them across a large number of initiatives like Windows 10, Xbox One consoles and a number of other projects. I also deal with companies like Epic Games Intel as well as many other partners.

A: The educational and medical applications – we work in an industry that uses and shows the enormous power of technology. There are amazing things going on with taking this technology and applying it to other industries and some of the things I’ve seen are absolutely miraculous. One example is people who have been paraplegic have been able to regain some neurological control – just amazing! We are really on the cusp of a whole new way to consume content as well – this is going to change the world.

A: It’s interesting – I want to make sure we are setting the industry and consumers expectations correctly. There has been enormous hype around VR, AR and MR and people are excited. There are huge opportunities in a whole new category, but we need to make sure we educate the consumer on what to expect; for example, tethered versus mobile VR – very different experiences.

The same goes for content – there’s always a land rush when a new platform emerges – I think Oculus and HTC are taking the correct approach on curation of content. But if you look back across the last year, we have accomplished much – just make sure we’re all crystal clear we have a long way to go.

A: I think control and interface will be a major focus for developers in 2017. The recent release of the Oculus Touch gives developers – and consumers – a much more immersive means of interacting with the virtual world. As these technologies evolve, we’re going to see new and more innovative content that will make the experiences even more immersive.

A: I haven’t been before, so seeing it for the first time is one thing. I think it will also be a good place to get a better overview of the VR business in Europe as well as see new content and games.

Don’t miss your chance to hear Donahue’s session at VR Connects London, where he will be explain how VR’s advancement relies on finding its killer app, at 11am on 16th January 2017. Book your ticket now!

Chris has nearly 25 years of experience in the videogame, hardware and software, Internet, and cloud gaming industries, and is a seasoned veteran in leading start-ups, growing small to mid-size technology firms, as well as managing successful programs at Fortune 500 companies. He recently joined AMD and manages the Microsoft Alliances, as well as a number of initiatives for the company.

Prior to joining AMD, Chris was with PlayFab, founded Elevate Partners, V.P. of business development & Marketing at CiiNOW, Director of Games and Media at OnLive, Inc., SVP of Marketing and Business Development at Live Gamer, Inc., Director and Group Manager of Games and Graphics for Windows at Microsoft Corporation, leadership roles in Developer Relations at NVIDIA Corporation and ATI Research, Inc., and was Executive Producer at The ImagiNation Network and Sierra On-Line.

Chris is a regular speaker at industry conferences such as E3, The Game Developers Conference, New York, and Los Angeles Game Conferences, the Global Gaming Expo (G2E), CES, as well as many others, and is a member of the Digital Media Wire Advisory Board.