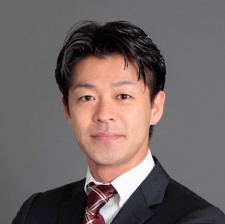 Masaru Ohnogi, Head of Global Business Development at gumi Inc is one of 60 world-class speakers appearing at VR Connects London 2017 on the 16-17th January 2017. To hear Nogi speak in person, book your ticket now!

A: AR/VR will replace everything as mobile devise, entertainment, medical tourism, education, production tool and more. We are so excited to be in the centre of this global industry.

A: Unfortunately, VR devices did not penetrate as everyone thought. But many people were aware of AR/VR existence and tried them globally. Several VR apps reached $1M sales as we saw people start paying for VR. The current biggest VR market is China, where thousands of VR start-ups developed devices and apps really rapidly, especially Location Based Entertainment services, then split into theme parks, shopping malls and internet cafes.

A: Location based services such as internet cafes and theme parks will lead VR expansion as they let people try VR before they make a decision to purchase devices.

A: We are always looking for potential partners such as VR start-ups to invest or work together with - or anyone who is doing or plans to do AR/VR business.

Don’t miss your chance to hear Nogi’s session at VR Connects London, where he shares his insights into the current and future trends of VR in Asia and the rest of the world. He will be speaking at 13:50 on 17th January 2017. Book your ticket now!

Nogi is a 15-year veteran of international business. He has been instrumental to the acceleration of gumi’s overseas business outside of Japan that now accurately contributes nearly half of worldwide revenues. Nogi was the former CEO of gumi Korea and the CEO of GCREST America, a provider of PC and mobile social games.